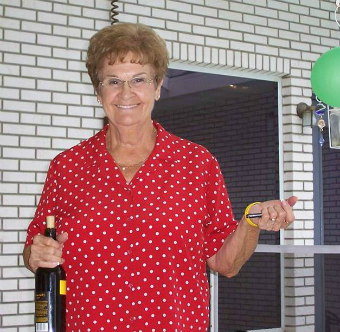 Mom died, as parents do, before us, if they are lucky.
She was a huge effect on me and my strength and I have had a lot of time to think about her.  How I wish I could talk to her on the phone.  She was so great when one of her "chicks" was not feeling well.  I miss her voice, a lot.
Her death day, it became obvious as the days wore on.....would be her birthday, it was clear to me.
Here is the Obit I wrote.  Asked to by my family... I was amazed at how it flowed...
Betty Johnston came into the world on August 2, 1931, and left us on August 2, 2018. She is survived by her four children, their spouses, 9 grandchildren and her beloved cats. She was a gifted artist and in her 60’s she painted a multitude of acrylics and oils. She also took up golf in her 60’s and in 10 years managed to make three holes in one. She spent many years bowling, water skiing and traveling between Orange County California and Bullhead City in Laughlin, Nevada where she could play her favorite slot machines. Holidays were a special time and decorating for each was a passion. An avid collector of miniatures called “Just the Right Shoe” her collection numbered in the hundreds. A feisty gal who had her 5 children in 25 months, Betty was never one to give up on anything. The loss of a child and two husbands never slowed her down. Her spunk and spirit will be greatly missed by all who knew her.
And my life will be a little bit "empty" without her.
Previous Post